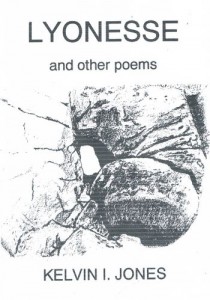 Poems inspired by the myths and legends of Cornwall. Cornwall is a special place. Its ancient stones, Celtic roots and magical atmosphere have inspired many poets to write about it. In this new, illustrated collection, Kelvin I. Jones takes us back into the mists of time, celebrating the traditions places and legends of the Cornish countryside. Kelvin 1. Jones is the author of a biography of Sir Arthur Conan Doyle. His work,much of which has appeared in magazines and anthologies, includes several books about Sherlock Holmes, ghost and horror stories and Omega, a collection of poems about the survivors of the nuclear holocaust. He lived in Cornwall for ten years.