Kelvin Jones has been a prolific writer for a quarter of a century. Born in Kent in 1948, he  is one of that rare breed who is equally at home writing poetry, plays and, above all, novels. He has  published many books about Sherlock Holmes and the only study on Conan Doyle’s interest in spiritualism, as well as numerous articles about the Victorian detective (see R De Waal’s Universal Sherlock Holmes, online edition, 2000). Ed Hoch, the renowned American crime writer, has said of his Sherlockian work: “Kelvin I Jones reveals a sensibility and knowledge of 19th Century literature that extends far beyond the world of Sherlock Holmes.” (Introduction to Sherlock and Porlock, Magico, 1984).
He is also the author of many supernatural stories, among them Carter’s Occult Casebook, about a psychic Edwardian detective. Of his gothic tales, Francis King, the novelist and critic, has written, “(Kelvin’s work) piquantly suggest the work of a modern M.R. James.” (Introduction to Twenty Stories.) His work is also cited in Ramsey Campbell’s Meddling With Ghosts (2002) where he is described as one of the ‘James gang.’ 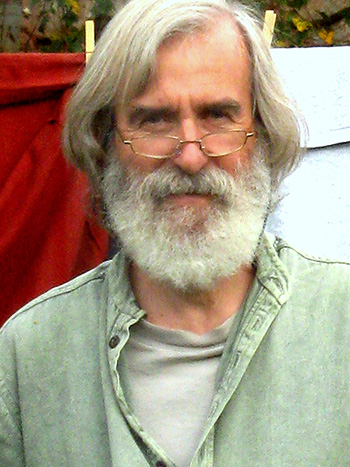 Kelvin has written several books on folklore, including Occult Cornwall, The Wise Woman and An Joan The Crone, as well as three fiction books for children – Odin’s Eye, Akenstone and The Dark Entry (the latter co-authored with wife Debbie). He was for 15 years the proprietor of Oakmagic Publications, (now defunct) a British folklore publisher. He has published four occult crime novels featuring a melancholic, ex-Met detective, John Bottrell. He is also the creator of the Norwich based DCI Ketch, who features in the e book series, Murder Most Easterly.

In addition to novels, he wrote The Field, a play for BBC Radio in 1995, and has had plays performed at The Barbican Theatre Plymouth and The Birmingham Arts Centre, as well as his one man show Mr Bottrell’s Amazing Tales at the Acorn Theatre in Penzance.
His poetry includes  Lyonesse, poems based on the myths and legends of Cornwall and the moving Omega, which is a collection of poems about the survivors of a nuclear holocaust. Of his poetry, Bruce Kent, the peace activist, has written, “Kelvin has the gift of the extra eye. He can tell us what we need to see and never forget.” (Introduction to Omega). Kelvin is a member of the Crime Writer’s Association and The Sherlock Holmes Society of London. For many years he taught Creative Writing in North Norfolk.