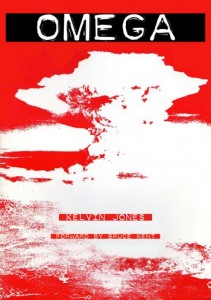 This collection of poems concentrates on the experiences of the victims of both nuclear war and nuclear experimentation. It is a unique work in the sense that much of the writing is based on the author’s research into the actual life stories of survivors of the Japanese holocaust.
The poems range widely in their material: from the first-hand stories of the Australian aboriginals, trapped in the nuclear devastation following the British A Tests of the ’50s, to the appalling story of Mr Yamaguchi who survived devastating third degree burns and lived to tell the tale.
The emphasis throughout is on brevity of language and direct impact so that at times the poems seem like reportage. There is also, a suggestion of HAIKU about many of them, although traditional ballad forms and conventional rhyme schemes are employed. Many of the poems shock by the truthfulness of their message but throughout them runs a singleness of purpose: the laying bare of the truth about the victims’ apprehension of nuclear war.
The volume carries an introduction and appreciation by Mgr. Bruce Kent of CND, one of the foremost peace campaigners of our time.
This collection was first published in 1988, but this new expanded edition carries as much relevance now, in the wake of Chernobyl and events which have unfolded in Japan.
Kelvin I Jones is a prolific writer of crime and fantasy fiction, and has written the definitive biography of Arthur Conan Doyle as a spiritualist. For many years he was an active member of the UK peace movement.