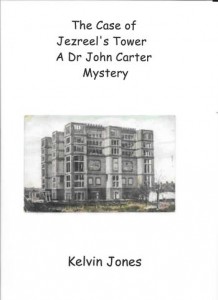 A short story featuring the Edwardian psychic and sleuth, Dr John Carter and his friend and chronicler, Rigden. The latest in the series of Carter stories, The Case of Jezreel’s Tower concerns Carter’s investigation of a mysterious double murder and the activities of a bizarre cult set in Kent during the early 1900’s. A vicar’s wife has apparently committed suicide, following the poisoning of her young child, and her husband is accused of her murder. Kelvin Jones is the author of five crime novels and an authority on the life and work of Conan Doyle. He is also the author of several books about Sherlock Holmes.