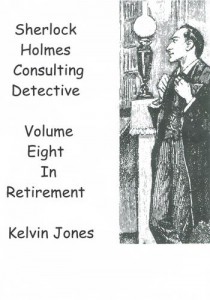 This volume about the life of Sherlock Holmes looks at his many published and unpublished
later cases, including a scandal involving Edward V11 and other cause celebres of the period. Holmes’ final retirement to his Sussex bee farm is considered, along with the case of Von Bork, the German spy and other bizarre assignments.