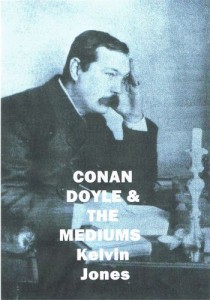 Conan Doyle, the renowned creator of Sherlock Holmes, was also at one time the head of the British spiritualist movement. In this fascinating account of his investigations into the spirit world, Kelvin Jones, author of ‘Conan Doyle & The Spirits’ and many definitive books on Holmes, provides a blow by blow account of several seances attended by Doyle and his forensic investigations into the authenticity of famous mediums of the early 20th century. He also examines Doyle’s take on spirit photography and his relationship with the renowned physicist and spiritualist, Sir Oliver Lodge. Jones reveals that Doyle, far from being ingenuous, possessed a keen and acutely analytical mind when attempting to distinguish between truth and fraud in spiritualist circles.