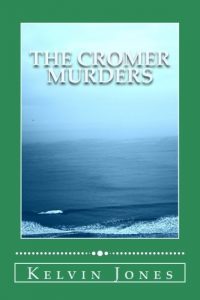 A trilogy of often bizarre crime stories by the author of the Stone Dead and Inspector Ketch series. All three are based on the historic British seaside resort of Cromer. In A Cromer Corpse, melancholic ex-cop John Bottrell is looking forward to a peaceful retirement until a dead man’s body is fished out of the sea at Cromer, a pentagram carved into his groin. It’s a ritual killing, which is more in Bottrell’s line than the local police, so he’s co-opted back to solve the case. In A Cromer Conundrum, life’s not going well for DCI Ketch of the Norwich police. He’s just been diagnosed with Parkinson’s disease, finds himself estranged from his partner and back in his dismal bachelor flat. So when a Russian businessman and his family are found dead in Cromer, things get complicated. In A Dogged Detective, we find DCI Ketch semi-retired, and now in an advisory role to the Norfolk murder team. He investigates the bizarre murder of a young woman, strangled in a local wood. As the case progresses, Ketch finds himself drawn into the murky, secret world of casual sex, ‘dogging,’ European drugs and sex trafficking.

REVIEW: ‘Kelvin I. Jones brilliantly recreates the essential eeriness of Eastern England and melds the disciplines of crime writing and horror, leading us trancelike into a world of magic, mystery and murder.’