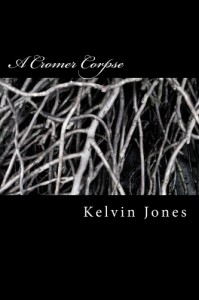 Melancholic ex cop John Bottrell is looking forward to a peaceful retirement when a man’s body is fished out of the sea at Cromer, a pentagram carved into his groin. It’s a ritual killing, which is more in Bottrell’s line than the local police, so he’s co-opted back to Norfolk to solve the case. Then there’s another murder, this time a 13 year old girl – also with the mark of a pentagram. In a fast paced narrative, the reader is drawn into a web of modern paganism where nobody is quite who they seem to be but everyone has a motive for murder. Kelvin Jones recreates the essential eeriness of East Anglia during a heatwave and melds crime and horror, leading us into a world of magic, mystery and murder. Pbk 7.68