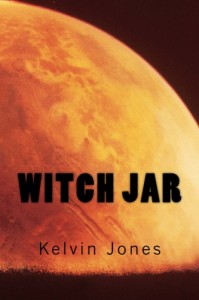 When ex-metropolitan police detective and psychic John Bottrell returns to Cornwall to recuperate, having inherited a cottage from his mother-in-law on the remote Lizard peninsula of West Cornwall, he little realises that his analytical abilities will be tested to the full. On the very day of his arrival in the village of St Sampson, Bottrell’s car collides with that of local incomer Melanie Pearson, with whom he strikes up an immediate rapport. When Melanie’s daughter, Isobel, is found hanging from a tree in the mysterious Hob’s Wood, her death is at first thought to be another suicide. But when Bottrell meets Ian Glenister, a former Metropolitan police colleague, assigned to investigate Isobel’s death, he learns that foul play is suspected in the deaths of two other teenagers. Bottrell, a melancholy alcoholic, stalks the wild Cornish landscape in this psychological thriller which combines elements of the occult, new age overtones and traditional crime narrative. Witch Jar is the second in the series of novels featuring John Bottrell. Pbk 7.73